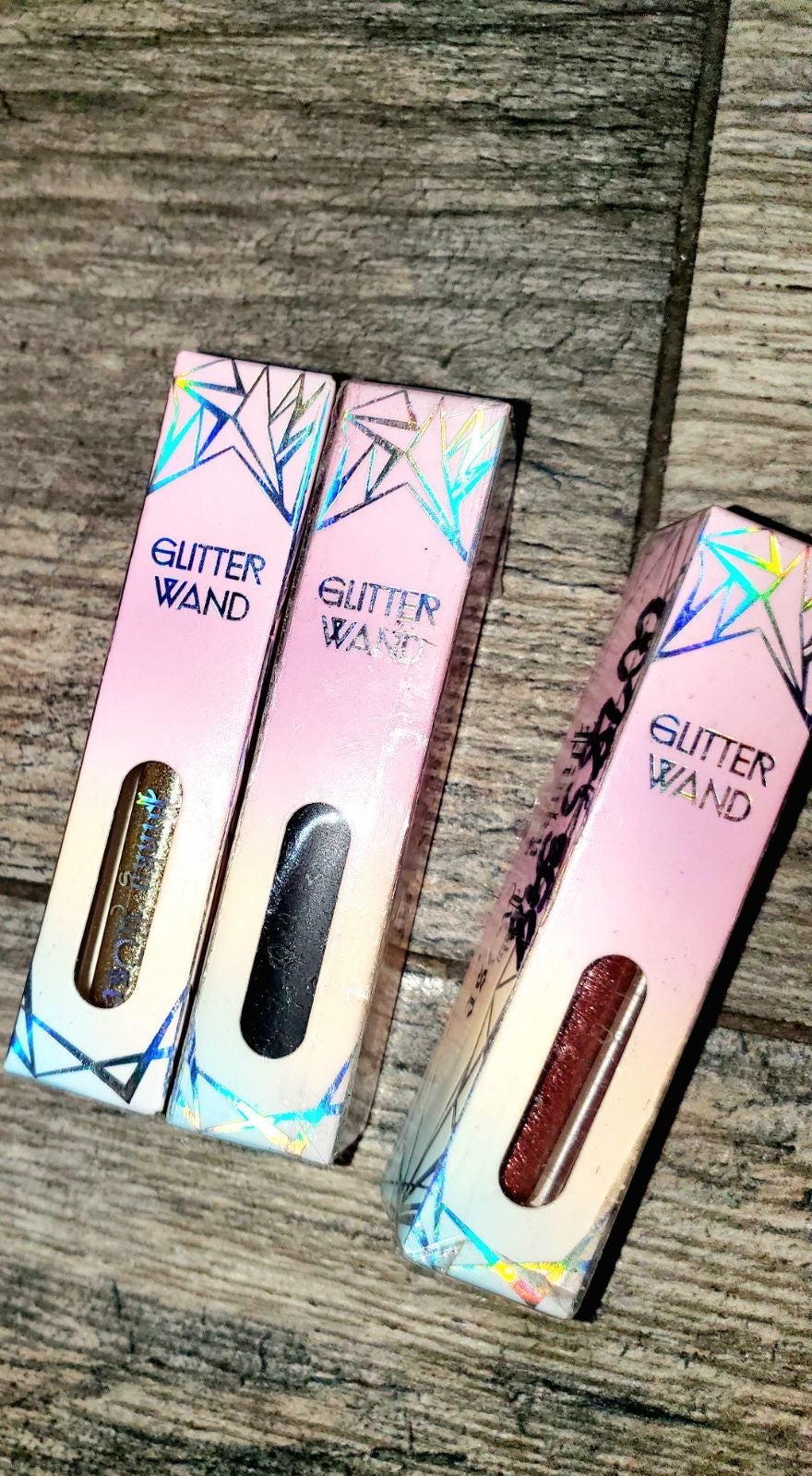 All 3 products are brand new in their original Box. Thanks in research I've seen the highs and low points of this product... And it is meant for eye makeup it's not for lips or anything it might look like it but it's not it is a liquid eye shadow... It's supposed to dry fast and be buildable and a lot of people are fans of it who love colorful extensive eye makeup with tons of glitter. Being that it's from a little tube it's probably easy to apply in the shape you want even lame with the wand, Some colors go for up to $16 dollars the lowest price point I found for these was 10 each storm just gonna base it off that. I put swatches of 2 of the 3 shades in the photos but "Gemini" But harder defined I ended up finding it right now. From what I can tell it's just a more clear glitter. Maybe like a top shade. PRICE ALL 3 , And for a lower than what can be found on the Internet. Some shade their available at 10 not all of these